When I first purchased my Kokopelli Nirvana self-bailer packraft, I knew very little about whitewater and did not know any other packrafters in my area. My purchase was mostly motivated by whitewater videos that I had been binge-watching online. During my first season, I mostly paddled my new boat on my own, learning from online videos and other people I would watch paddle. I explored the most popular runs around my area, and I was craving more. 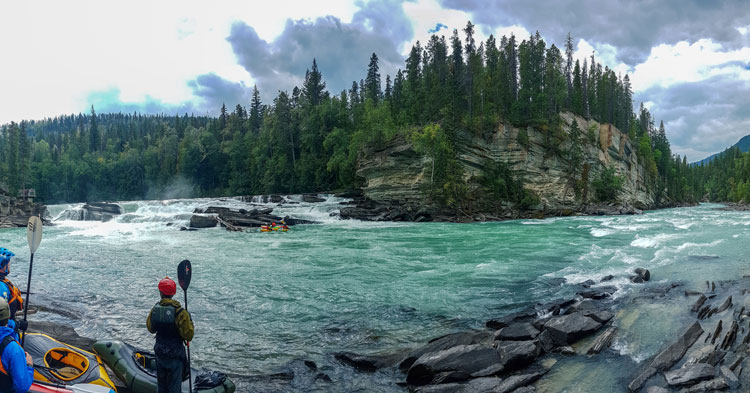 The next year, I heard of packrafting events that were taking place around the world. Motivated to meet other packrafters and to finally have some paddling partners, I registered for two of these events, one in the United States that was taking place in June, the American Packrafting Association Roundup, and the second one at the end of August in Canada, the first Canadian Packrafting Roundup. Attending the first edition of an event was appealing and the high number of rivers in such a stunning area where the event took place finally tipped the balance: I wanted to go. 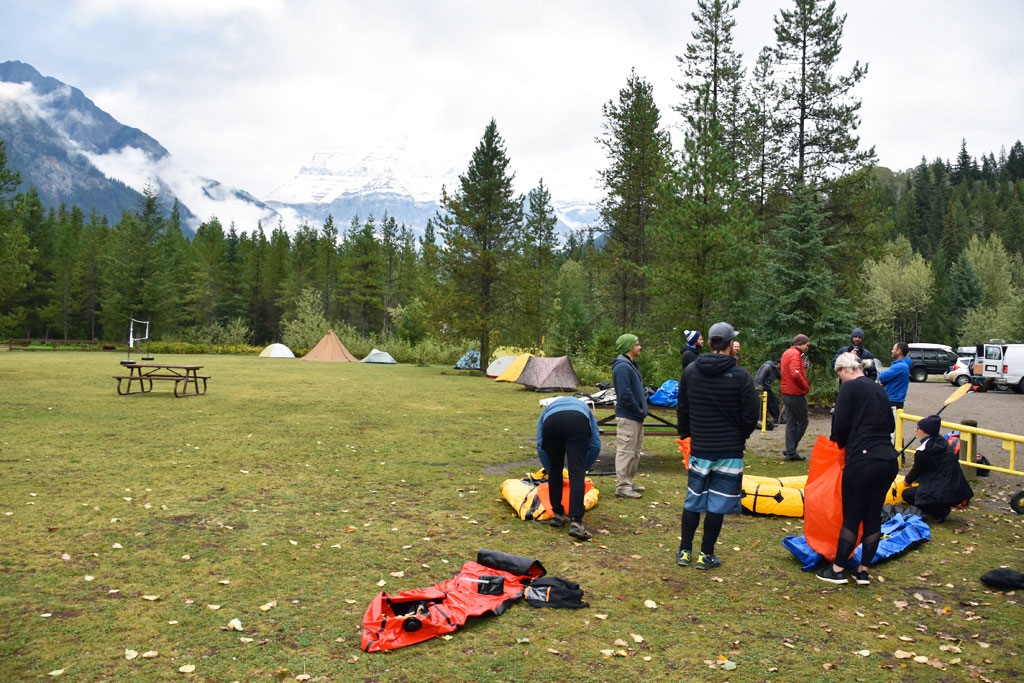 I had two weeks off from work and started the drive from Colorado to British Columbia the week before the event. I wanted to spend some time in the Mount Robson Provincial Park area before the event. Once there, I met up with two other packrafters that were also there ahead of time and we explored the local rivers together. During the week, we paddled on the Canoe, the Holmes, the Fraser and the Athabasca river. Although the end of August flows were a little low, we had plenty of fun and ended up running our favorite sections multiple times. During the week I attempted what might have been the first packraft descent of Rearguard falls. My Nirvana self-bailer performed superbly for that and my descent was quite the amusement to the people on the Rearguard falls viewing area. 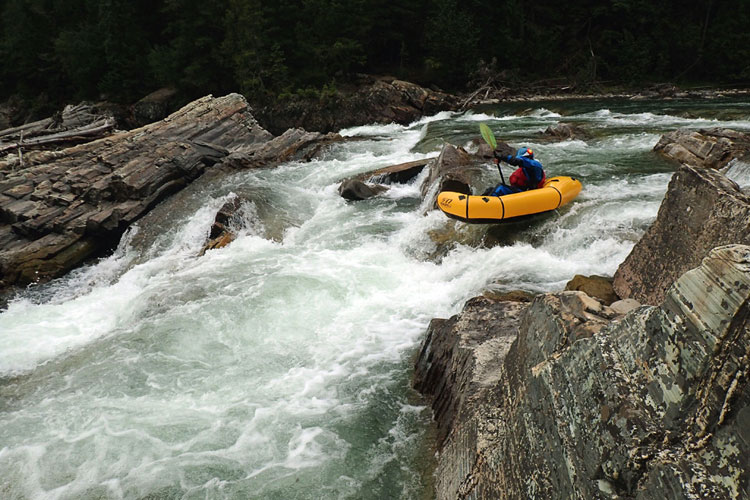 The Canadian Packrafting Roundup (now called Canadian Packrafting Rendez-vous) was the highlight of my trip. With around 30 paddlers in attendance, the event felt intimate yet also allowed me to meet a lot of paddlers. We separated into different groups during the day, but would all gather in the evening for some story-telling, an exciting fundraising raffle (there was even a boat in the raffle thanks to Valhalla Pure Outfitters and Kokopelli!), pot-luck dinners and stories about packraft adventures in Canada. 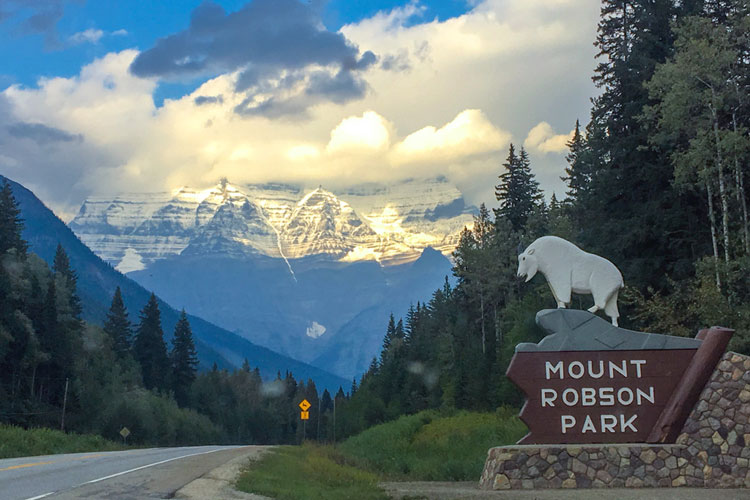 Thanks to the packrafting events, I now know plenty of packrafters in both countries and don’t have to paddle alone anymore. I also got some other friends interested in packrafting and upon my recommendation they ended up purchasing Kokopelli Nirvana self-bailer as well. The ability for quick re-entry and its capacity to edge and roll makes it my whitewater craft of choice. I will be returning to the Canadian Packrafting Rendez-vous, which is held in the same location this year, Mount Robson Provincial Park, from June 28 to July 2nd. I hope to see you there! 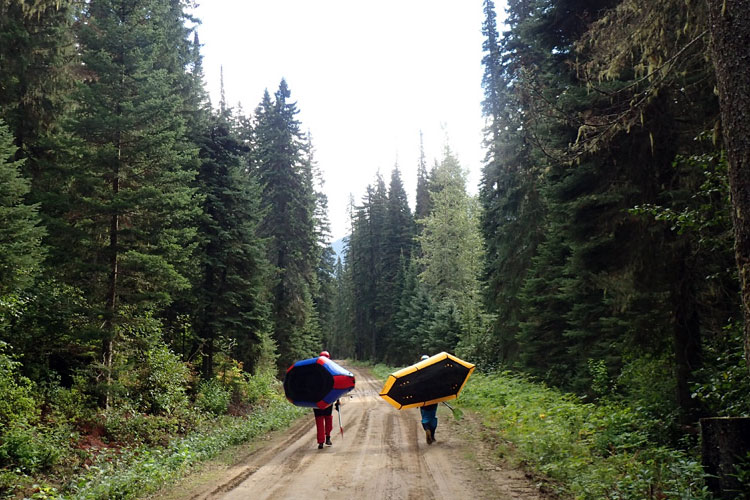