Words and photos by Kevin from @Vanisle_xtrek

At the beginning of October I had the opportunity to explore a portion of British Columbia in my Subaru Crosstrek and camped each night in my rooftop tent. 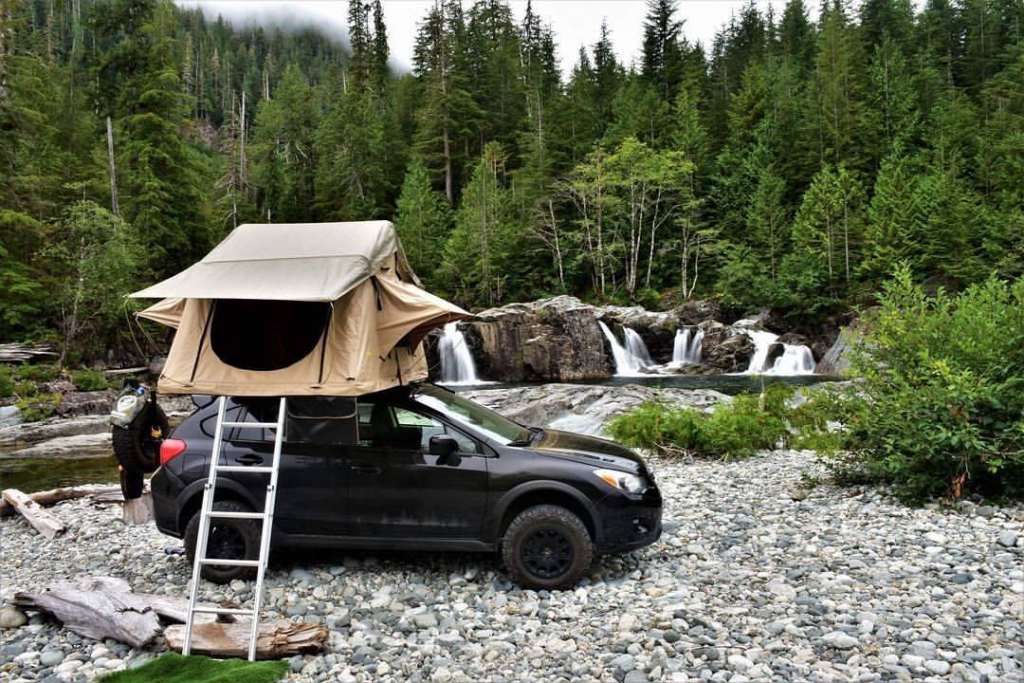 I chose to spend it exploring as many backroads, mountains, lakes and waterfalls that I could. Once the trip was concluded I decided to put pictures of what I believed were the top 16 waterfalls from the trip against each other in a contest and have my Instagram viewers vote on them to determine which one was the best. This post will talk about the top 16 waterfalls but If you wish to know more about the trip you can check my Instagram (@Vanisle_xtrek) for the other sights. October isn’t the best time for waterfalls as many of them aren’t flowing as much as the spring or early summer, however the fall colors were perfect and complimented the waterfalls. Disclaimer; Do not get to close to waterfalls as rocks surrounding them may be slippery and you may fall in. If traveling on logging roads be aware that logging traffic may be active at all hours of the day during any day of the week and you should be prepared with the necessary safety equipment to go out of cell service and have the emergency supplies to last a night out in the wilderness.

I loaded all my camping gear up, packed all my backroads map books for the areas I was visiting and then the trip started off early by taking the first ferry of the day. I made my way to the first Waterfall just outside of Hope called the Hope-Flood falls which ended up 3rd place after the round robin. 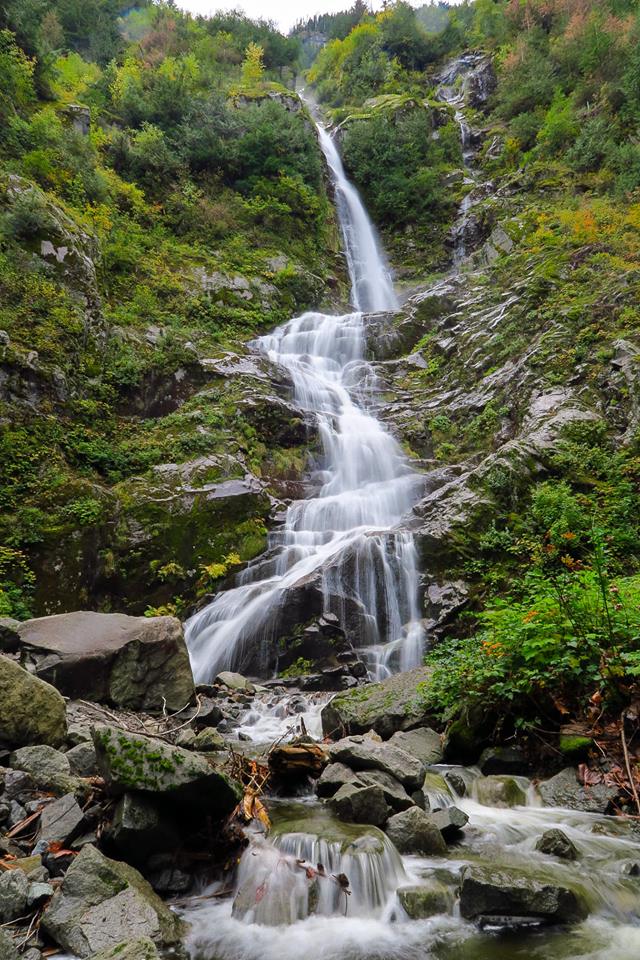 The next area to explore was Wells Grey Park which had numerous breathtaking falls and I wish that I spent more time exploring this area as one and a half days was not enough. The first stop in Wells Grey park was at Spahats Falls which was my favorite of the trip and ended up first place overall! 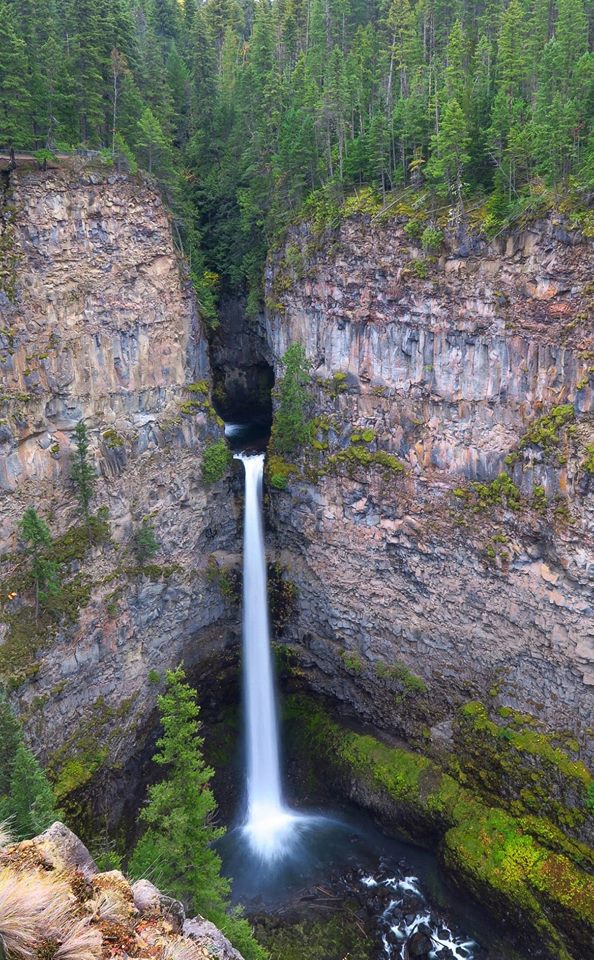 Next on the list was Moul Falls which is a large set that you are able to walk underneath and feel the spray coming off. 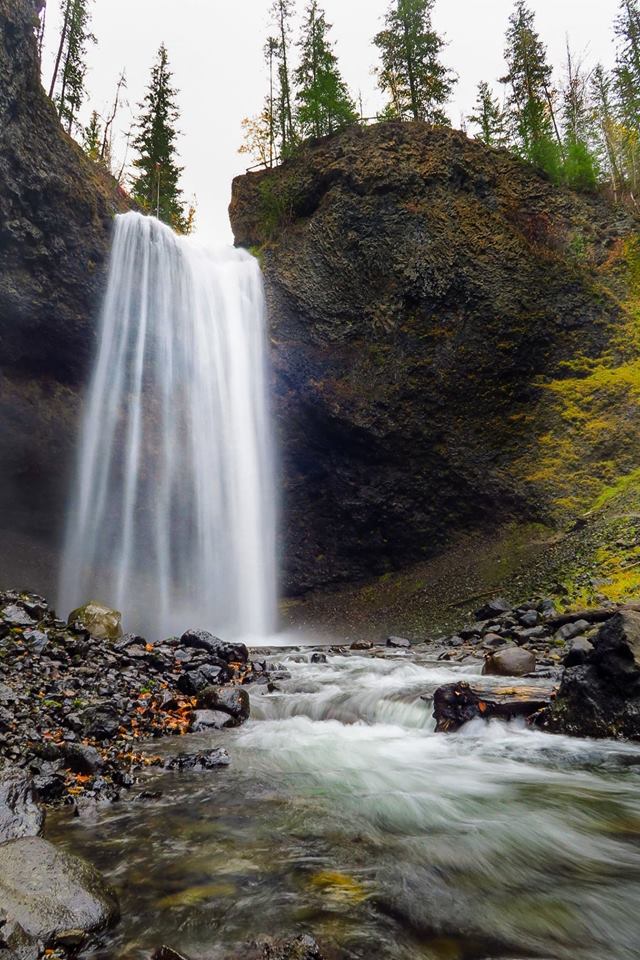 Once you have viewed this waterfall you can backtrack slightly and take an unnamed trail just outside of the park boundary ( Beware of the dangers when leaving park property as the trail is not maintained) and make your way down to McDiarmid falls. 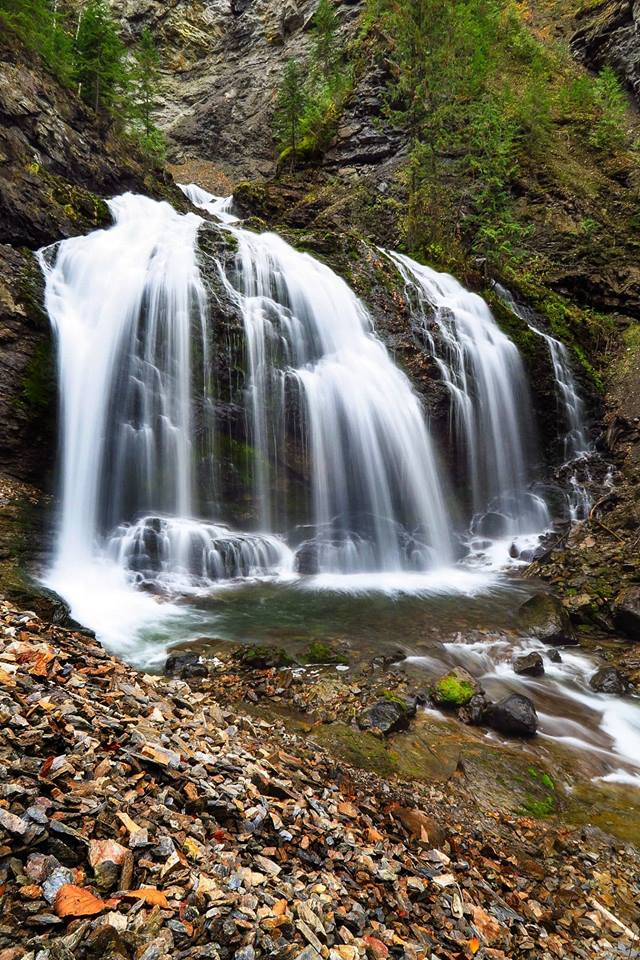 Continuing on in Wells Grey park I made my way up to Helmecken Falls which is one of the more iconic ones in the park. This one was another you could drive right to the view point and did not require much of a walk. 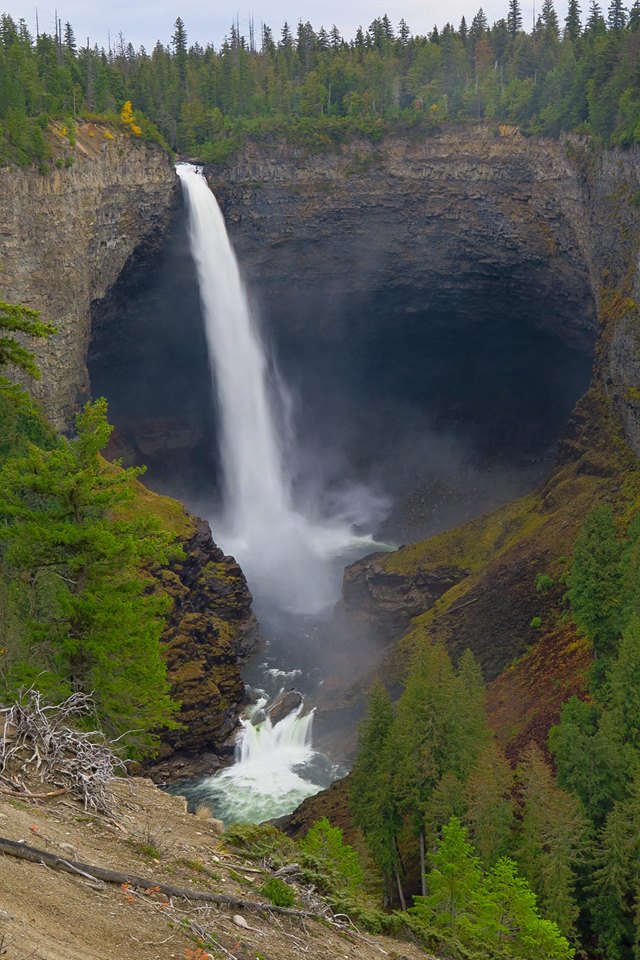 Next up was Dawson Falls which required a very short walk to the viewing point. These falls were unlike the rest in the area I had witnessed so far as they do not have as much of a very vertical drop but were very wide. 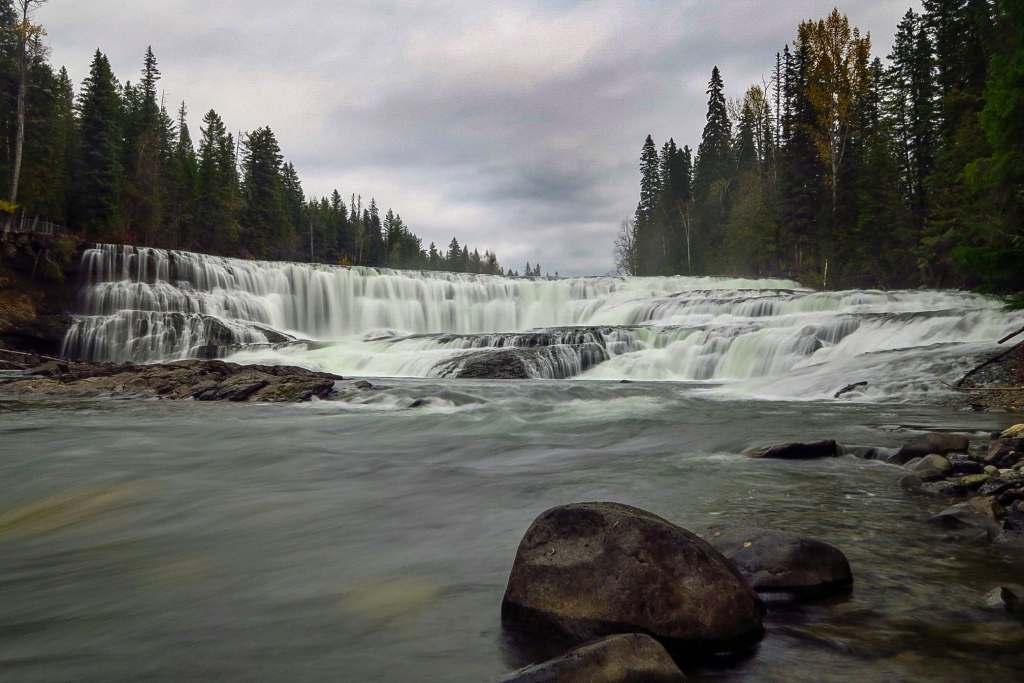 All of these falls plus more in the park that didn’t make my top 16 but were still impressive were viewed on the first day at the park. The second day I made the trek down to view Goodwin and Sylvia Falls. These falls are much like Dawson falls but require a 4 km hike each way to access the viewing point. 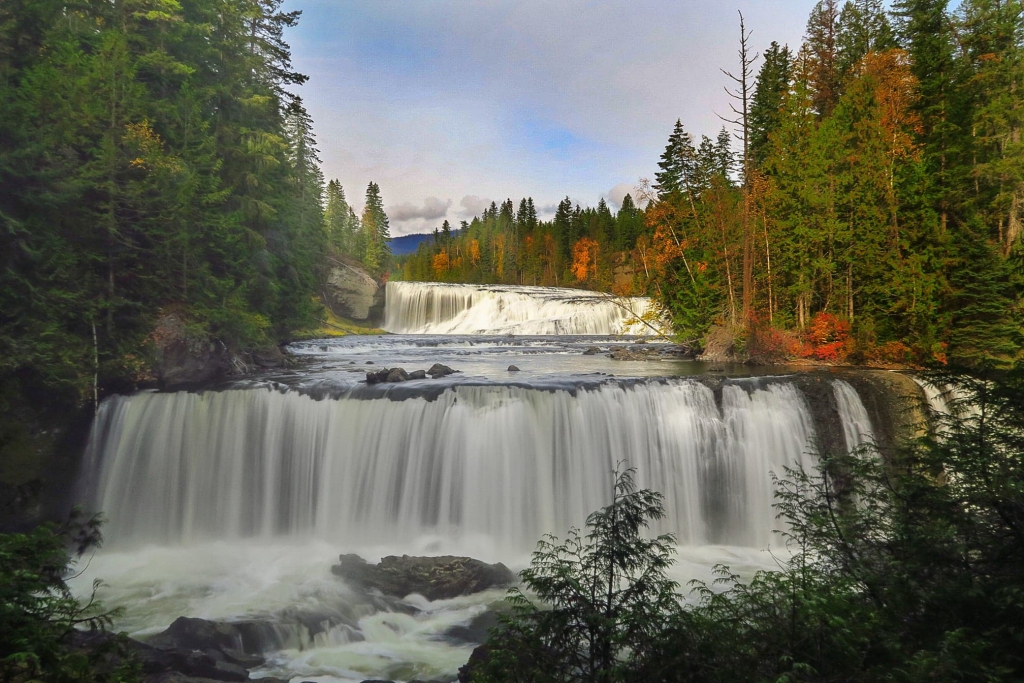 I wanted to make my way farther north for some hikes and planned a few stops along the way for some fall, including a couple that required some navigation on backroads. The first stop was Rearguard falls which is just off Highway 16 and is a very short walk to the viewing area. The water this day was very green and vibrant and the signs in the area talk about how salmon spawn on this river. 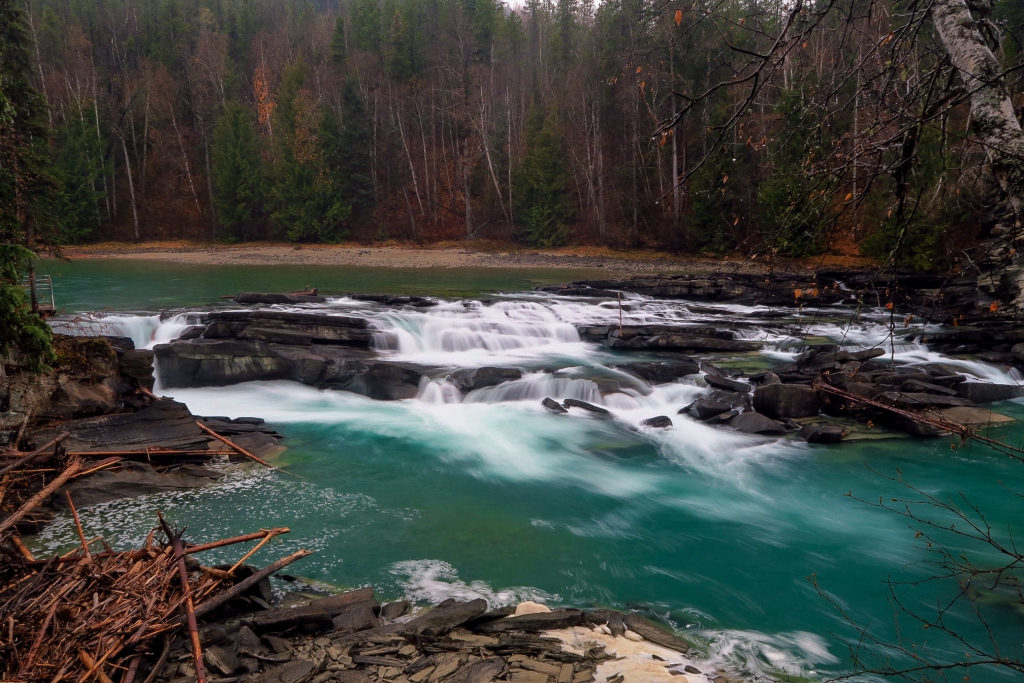 Making my way farther north I traveled down a logging road to view The 4th place winner of the round robin, Hellroaring Falls. These falls were awesome in the fact that they carved their way through the rocks and were my second favorite. 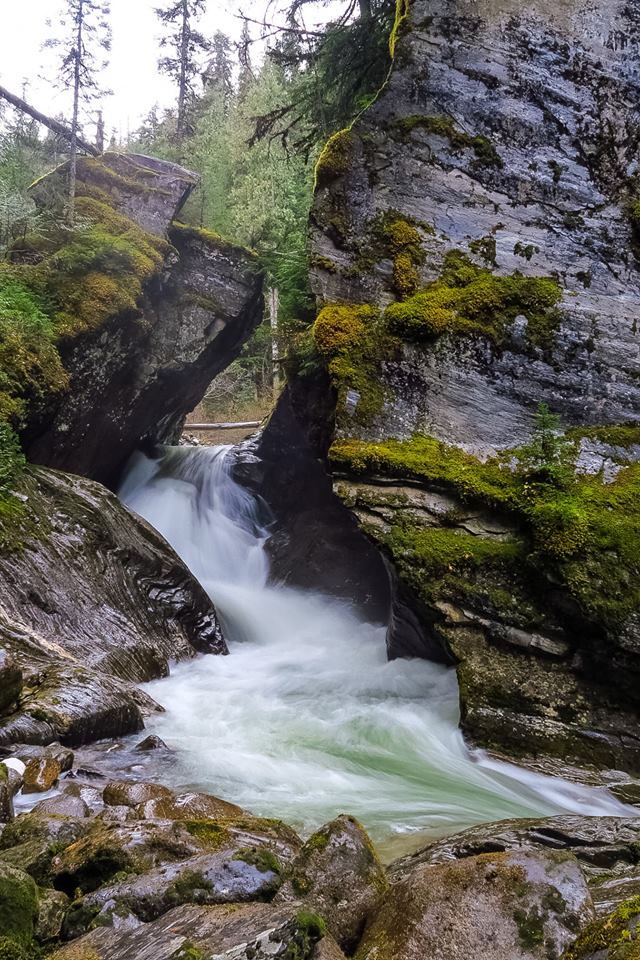 Continuing down logging roads I arrived at Upper Morkill falls. This set was absolutely massive and had so many smaller waterfalls around. Unfortunately these falls were extremely difficult to photograph but the sight of them was incredible. 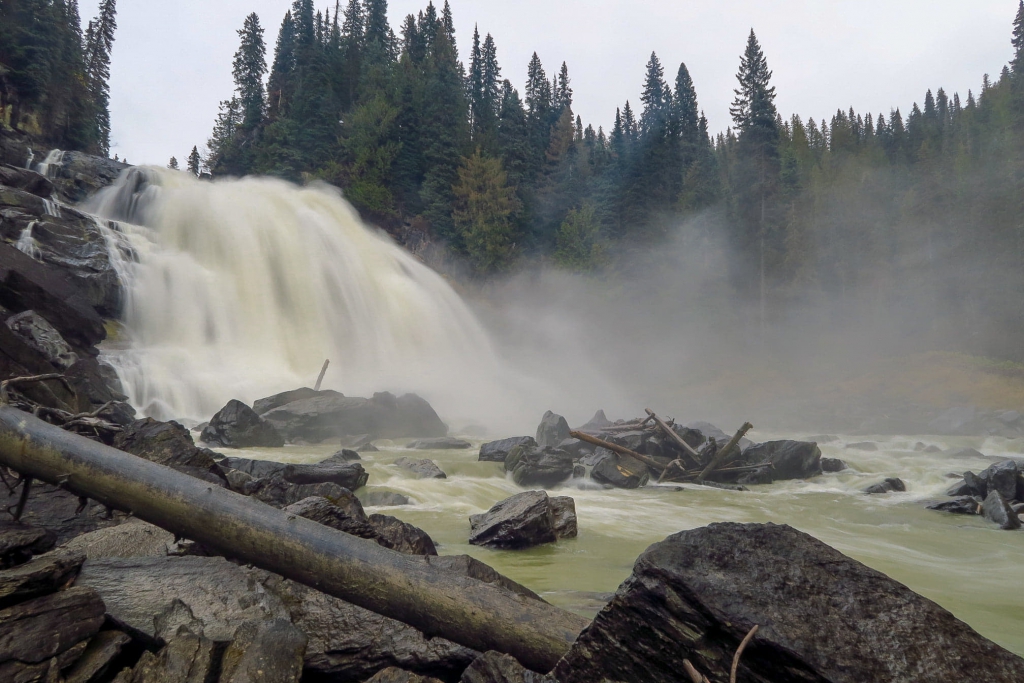 Returning to the highway I made my way farther north to a protected area with many old growth cedars. Inside this loop of trees there is a waterfall at the top that would be much better to view in spring as its flow was very low in October. 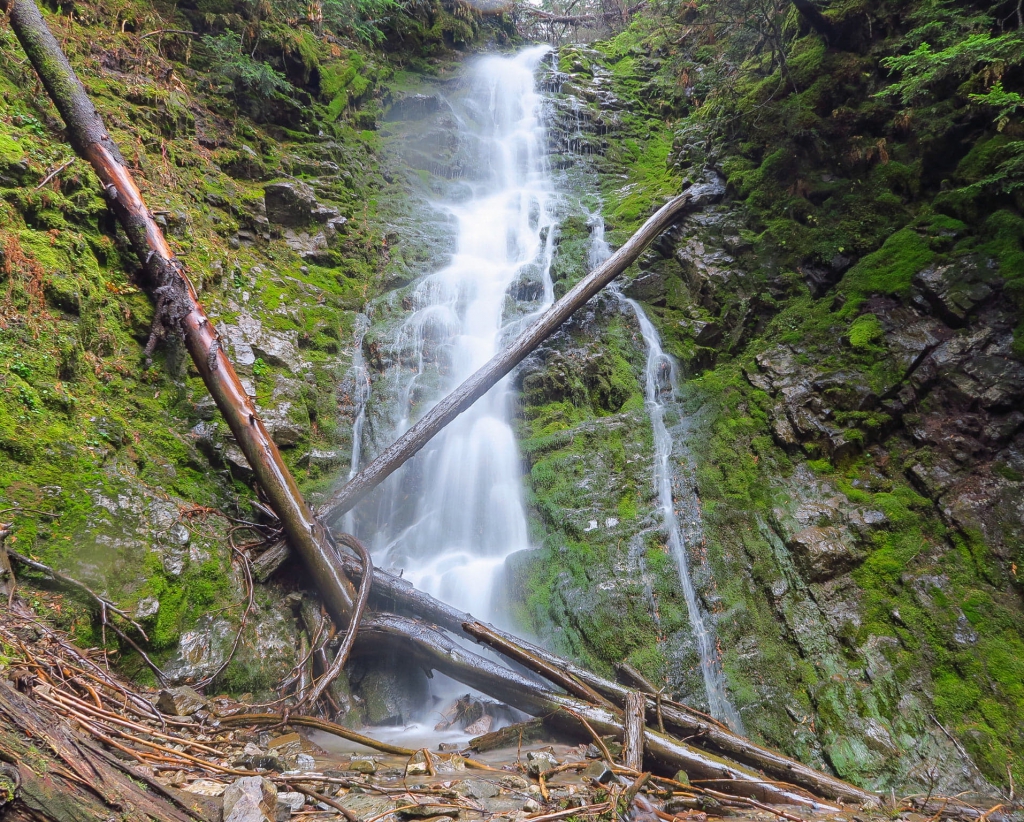 Having gone as far north as I wanted too I made my way back down south and stopped in Hixon to view a set of waterfalls here. This set is quite nice but unfortunately has some graffiti that takes away from the beauty. This set made it all the way to number two on the top 16! 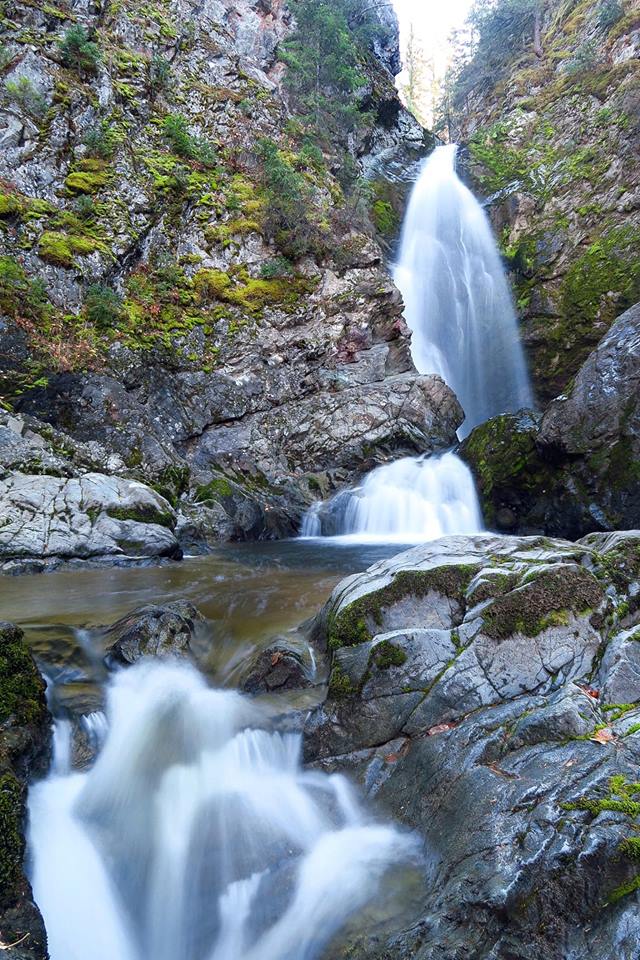 Moving farther south I made my way back into wells grey park and had a short walk to view Canim falls, There was only one set of falls coming off the ledge at this time of year however you can see evidence of where another set of falls would be earlier in the year when the water is flowing better. 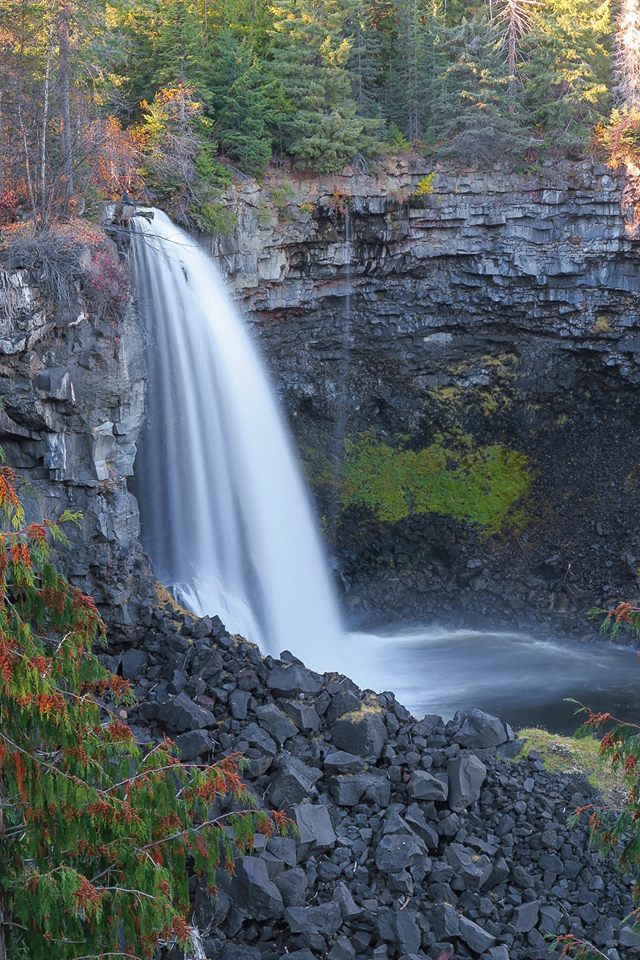 The last three waterfalls are all in the whistler area, first a short walk to view Narin falls which is a very popular spot just off the sea to sky highway. 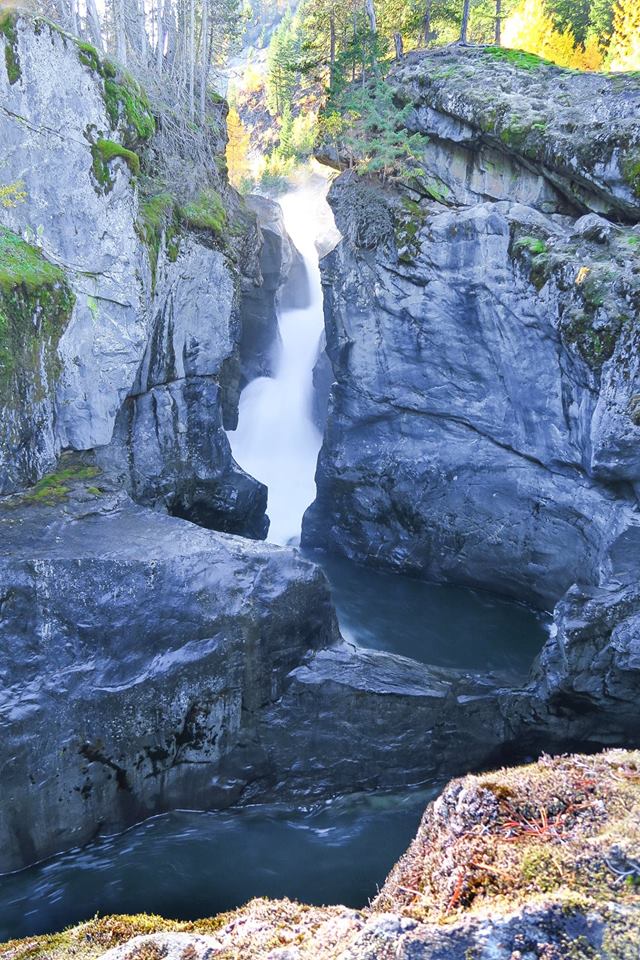 The next morning I stopped in at Alexander falls which is approximately 20 minutes off the sea to sky highway and you are able to drive right to the viewing point of the falls. 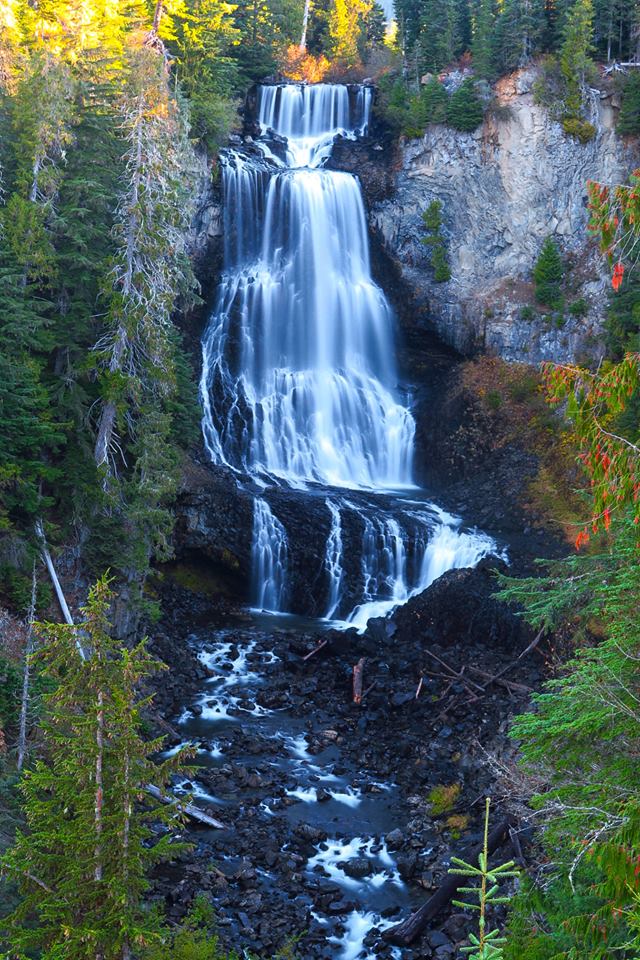 The last set of falls for this trip was Brandywine falls, another popular waterfall just off the sea to sky highway. These falls can be viewed from the top with a short walk or you can take an unmarked trail to the base at your own risk. Unfortunately the lighting was not the best when I viewed this waterfall for pictures but it is another one that you must view in person. 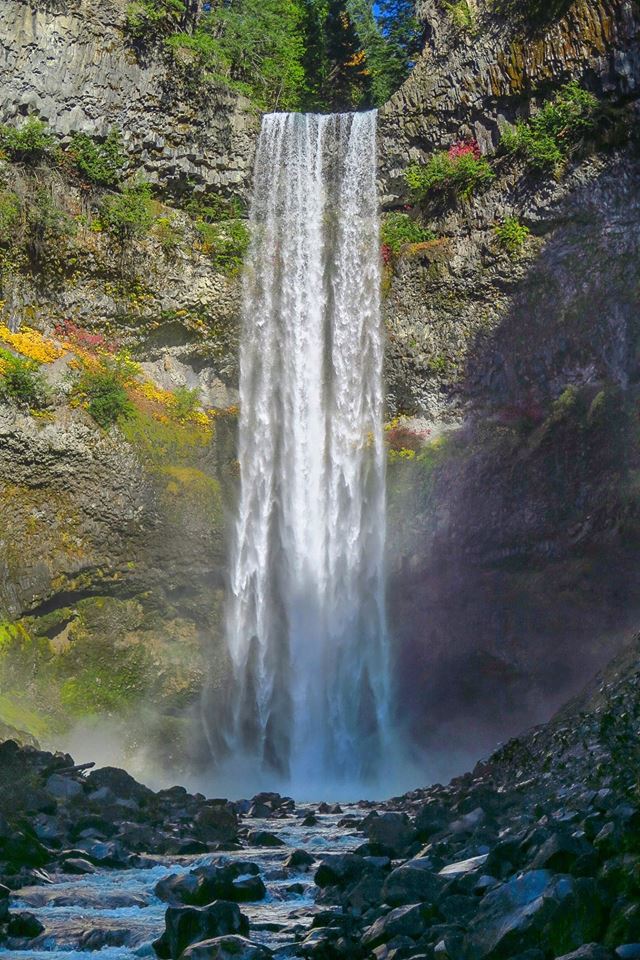 Hopefully this post inspires some people to get out and explore what British Columbia has to offer. Feel free to message me on Instagram at Vanisle_xtrek if you want to know more about these waterfalls.