David, President of Valhalla Pure Outfitters, spent weeks in the BVI and St. Vincent this Feb/March, this is his perspective on the area post-Caribbean hurricane…

The Caribbean is once again an idyllic tropical paradise – but of course there is real damage in the north.  The first week of September 2017 Hurricanes Irma and Maria slammed into the Leeward Islands with cat5 intensity, 185mph winds, 10 to 15 foot surge, and severe rains.  From Martinique south, there was essentially no damage.

185mph is the same as a 737 jet’s landing speed – enough to break off most trees somewhere between knee height and 10 feet.  These horrific winds blew down concrete apartment buildings, flipped 20 ton yachts onto their roofs, tore off most of the roofs on numerous islands, and broke or blew down 50 year old coconut palm trees.  One of the worst things now is the startling absence of birds – pelican, frigates, flamingos, hummingbirds, turtle doves, boobies – mostly gone.  The mangrove groves took a real beating too, now mostly broken and barren. 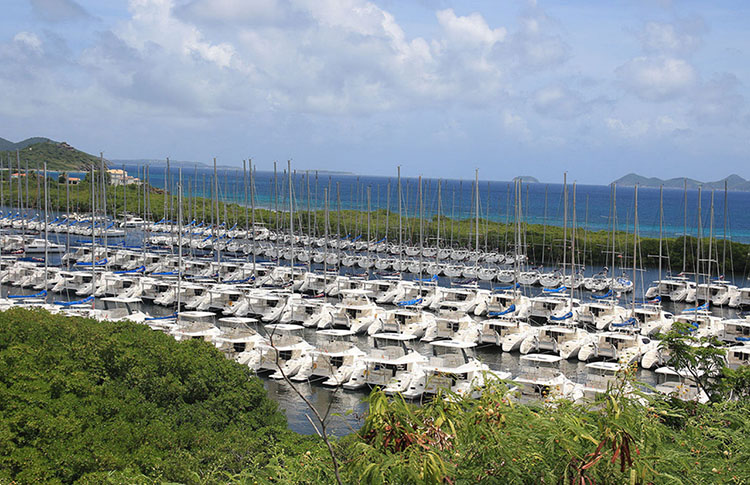 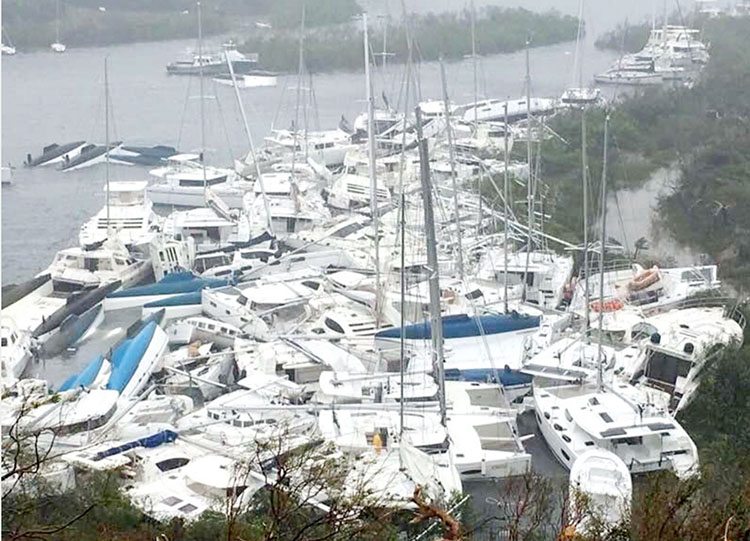 On the flip side, less than 100 residents died on the islands during the two major hurricanes, excluding Puerto Rico where the death toll remains unknown.  Buildings with concrete roofs survived well, as did the most of the mature mahogany trees on St Croix – amazingly.  And the rains have been steady, meaning everyone’s cisterns are staying full.

Locals describe Sopers Hole in the Westend of Tortola:  “the storm surge raised the sea level by 12’, on top of which there were 30-40’ cresting waves rolling in from the west.”  For anyone who knows Sopers Hole, it’s almost unimaginable.  The normal tide there is 12-18”.  So it’s not so surprising to see $10million yachts laying upside down on what’s left of the road from Westend into Road Town.  But it makes you feel a little sick to your stomach imagining the storm. 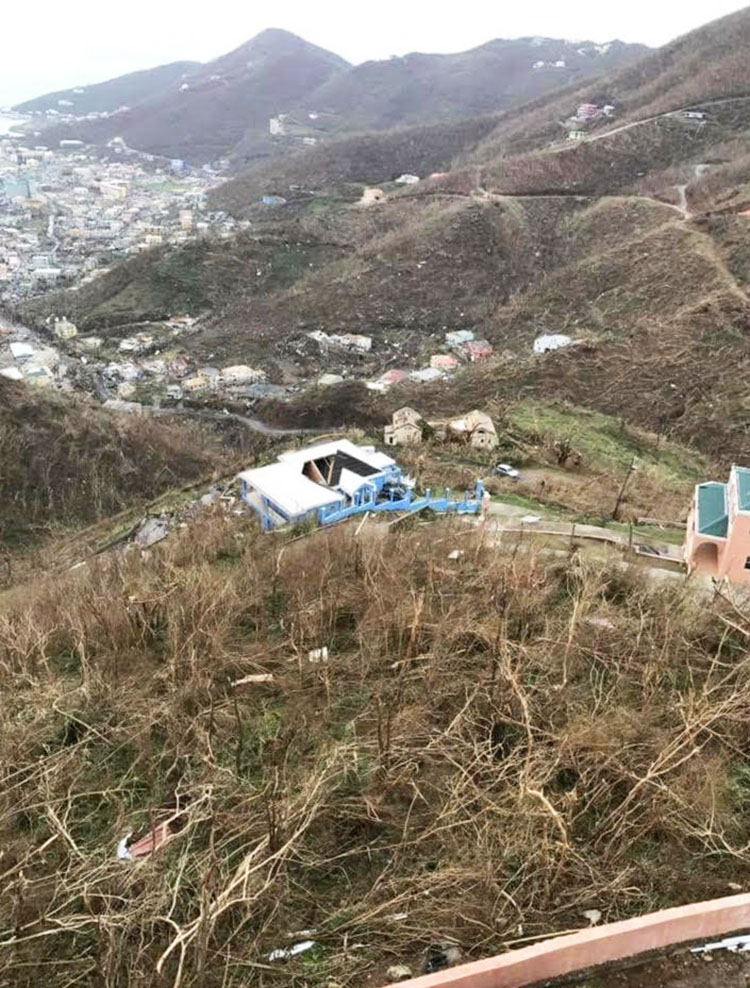 Since vision was impossible, no one observed the storm, it seems likely that for 50 to 100 feet above the surface of the sea, there was more sea foam than air, and downwind from any forest or homes, there were large trees, concrete blocks, timbers and roofing tin flying along.  After this chaos of destruction, today’s pleasant gentle breezes, warm crystal blue waters, and laid-back lifestyle seems incongruous.  But for locals, this is how it works. 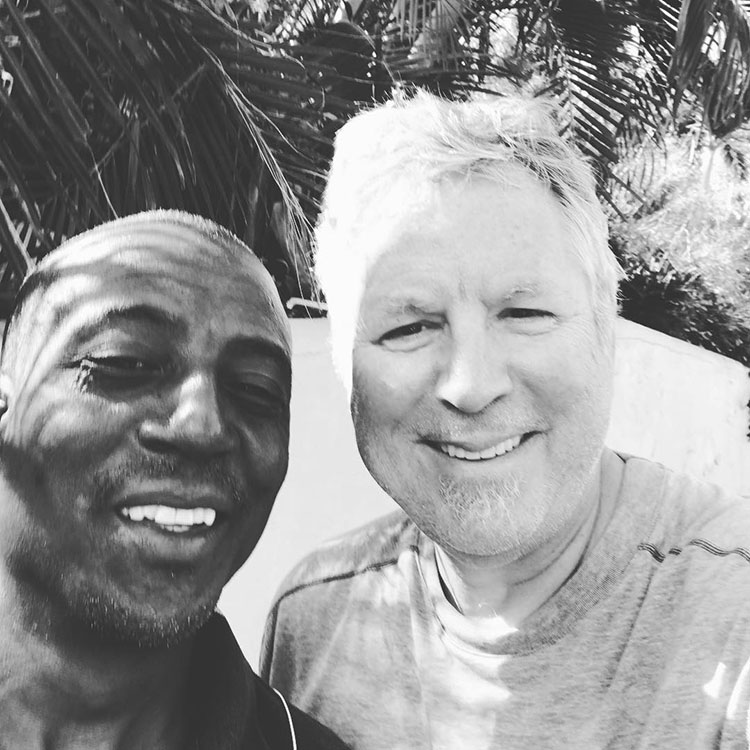 David and his good friend Solomon

So now the insurance money has started to flow, the islands are green again, the local governments are digging deep into their reserves – if they have any left, and electrical services are slowly reaching many homes.  It’s been a painfully slow start to a long, long recovery and rebuilding period.  Fingers crossed there are no hurricanes this summer, and especially not once-in-a-century storms like Irma 2017.  Our best wishes go out to our friends living in the islands.  We’ll be back!