I had been chatting of packrafting for more than a year before I finally went ahead and ordered my first boat. Coming from a long-distance hiking background, I saw my new inflatable piece of gear as a way to combine calm water paddling and lake crossings to long distance hiking. Little did I know that less than a year after getting my boat I would have fallen in love with white-water, start talking about eventually trying class 4 runs and set out on a remote expedition across northern Quebec, my little boat safely strapped to my backpack. My new passion was making me look at maps differently. What initially looked like impossible portages suddenly came possible. I felt like I could go anywhere with a boat in my backpack. 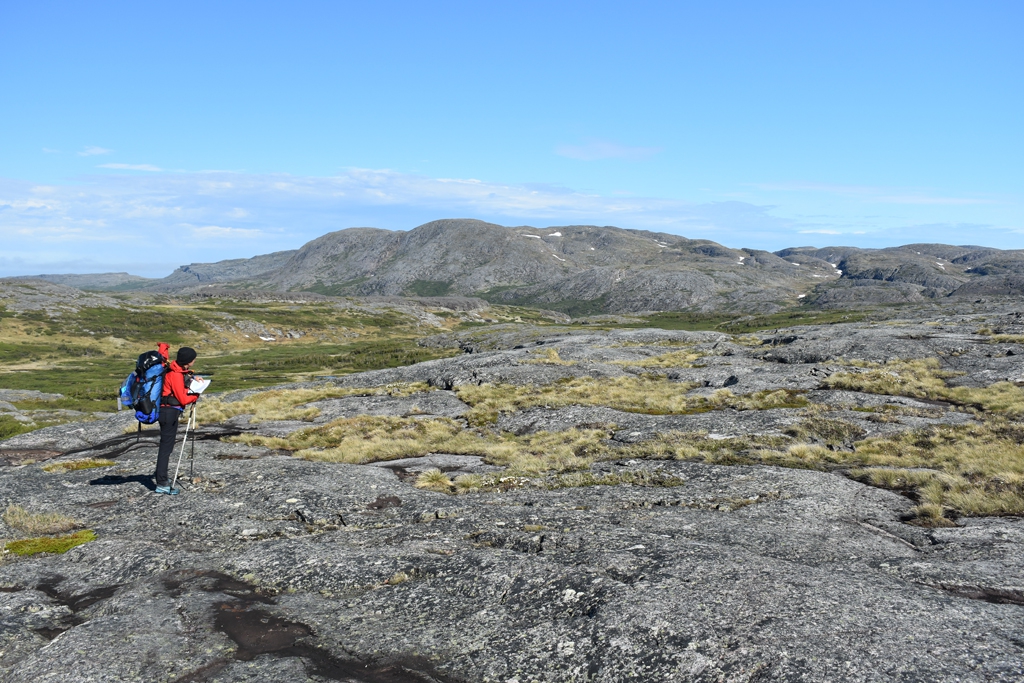 I was initially nervous on my first river outings. I did not know much about paddling rapids and did not know anyone that could coach me. Luckily for me, I decided to attend a meetup of packrafters in the United States and discovered an amazing group of people that helped me gain skills and confidence. I also took the opportunity to attend a Swiftwater Rescue class, which taught me very useful rescue techniques and paddling skills. I felt like I had found a second family in the form of a community of outdoor enthusiasts that like to explore the world in tiny inflatable rafts.
My first major packrafting expedition started the old fashion way, by starring at maps and dreaming of exploring a land that I knew little of, and that few people ever had the chance to explore. I had been wondering during my whole childhood what laid in the large expense of land that make up most of Northern Canada. I especially enjoyed screen-exploring the extensive network of rivers that can be found in Northern Quebec, my home province. I had always dreamed of going there, and it seemed like I finally had an incentive big enough to take me there: Northern rivers.
I spent the next months planning an expedition that would evolve over time to reach the final plan of a solo hike-packraft crossing from the Hudson to the Ungava bay. It was ambitious, it would be solo and I was nervous. I did everything I could to ensure I would have the necessary abilities to succeed. I already had the orienteering and backpacking knowledge, now I needed to add some survival skills, fishing skills and most of all, white-water paddling skills. 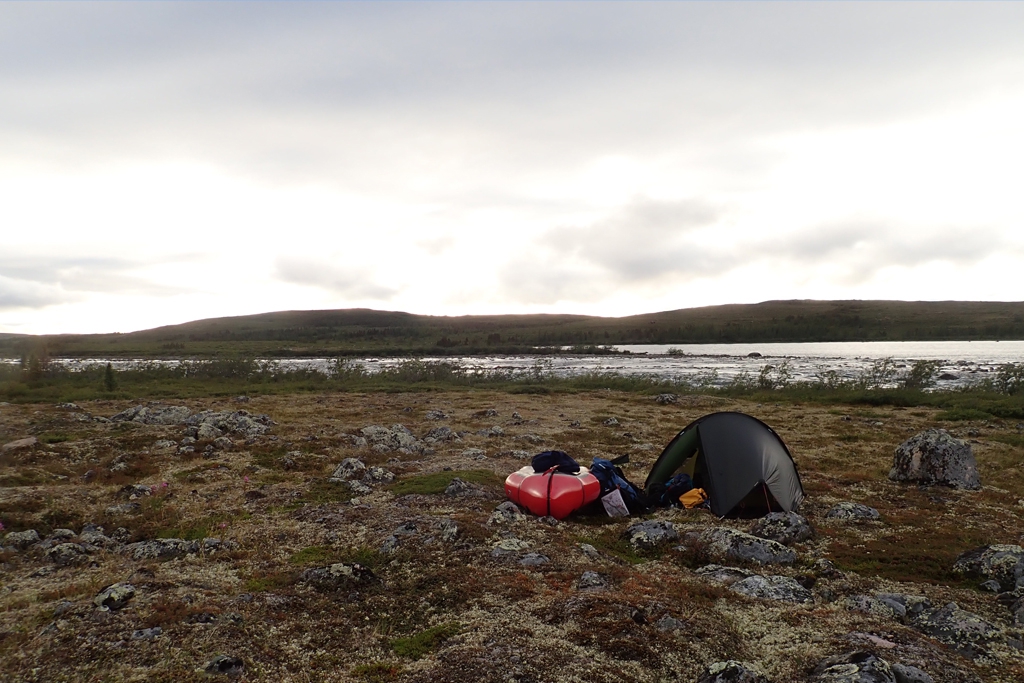 I started taking my boat with me to most places I visited. Packing a packraft in a suitcase is so easy! I would go paddling when I visited family, took vacations or went on a business trip. I quickly met more paddlers that helped me increase my ability level and started having the paddling confidence-level needed for such a trip. I also trained intensely to be in the best shape possible for my journey.

I left the Hudson Bay coast on July 15, 2017 and headed straight in the forested tundra wilderness. Being on my own, far from civilization in this immense territory was a bit unnerving at first but I soon became accustomed to my solitude. I was focused on crossing the territory effectively. The first days were mostly spent alternating between hiking in the tundra and paddling on small bodies of water. The progress was difficult because of the transitions between travel modes that were time-consuming, the land that was very marshy and the dense bushes that sometimes blocked my way. However, each day was very rewarding, and my confidence in my abilities to complete the expedition grew exponentially after a few consecutive days of successful forward-progress. After eight days of traveling, I reached the headwaters of the main river I wanted to paddle: the Leaf river, which would take me all the remaining way across the Ungava peninsula. 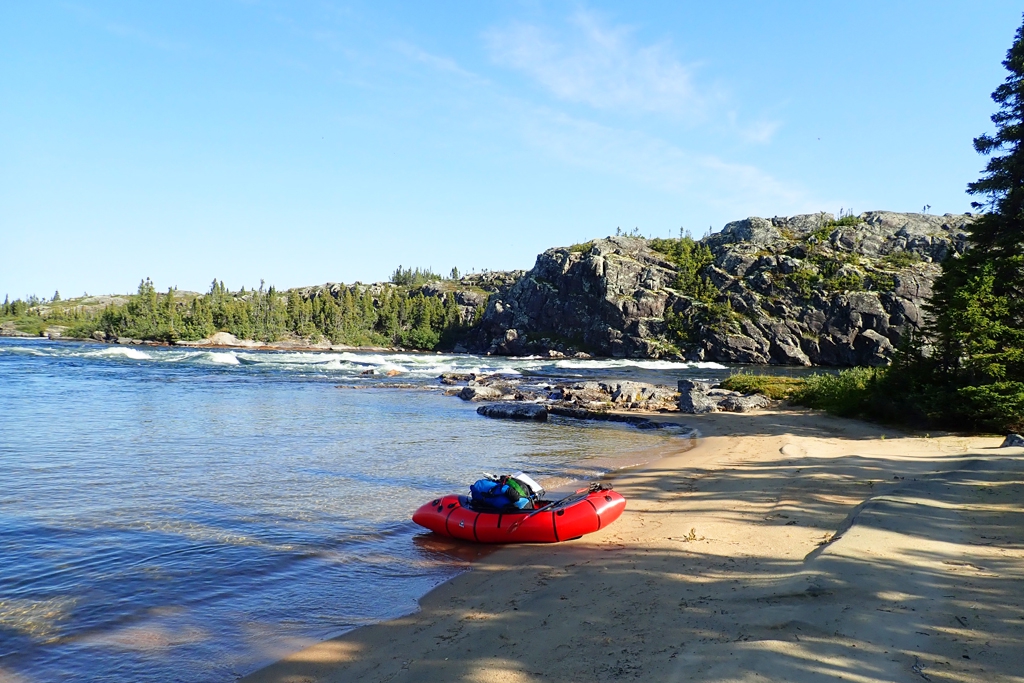 Crossing the huge lake that feeds the river took me three days of paddling. Luckily for me, winds were favorable. The lake slowly transitioned to a river and I started observing more and more caribou families crossing the river. Once I hit the first rapids, the current go faster and I was able to progress up to 50 kilometers per day. Because of this fast pace, completing the river only took 6 days, one of which was a rest day.

Back home after my packrafting adventure, I started dreaming of having a Canadian packraft round-up similar to the US event I had enjoyed so much. I started chatting about the idea with other Canadian packraft enthusiasts and a few of us committed to organize the 1st Canadian packrafting roundup, which will take place from August 31 to September 3, 2018 in Mount Robson Provincial Park, British Columbia, with the generous support of Valhalla Pure Outfitters and Kokopelli boats. 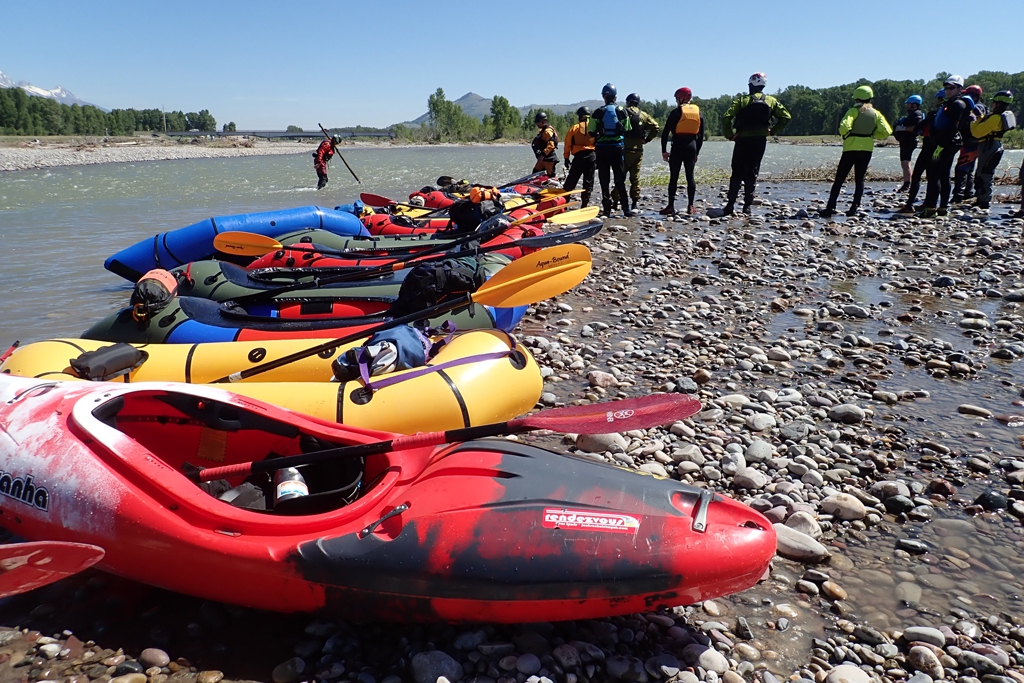 It’s a volunteer-run event that will take place over three days and a half. We are planning to explore local rivers, share packrafting stories, make new connections and surely leave with unforgettable memories. We are hoping that the first edition of the Canadian roundup will help build a strong and fun community of packrafters in Canada. We have access to such amazing rivers and wilderness, now we only need a strong network of local enthusiasts! Sign up at www.canadianpackraftingroundup.ca 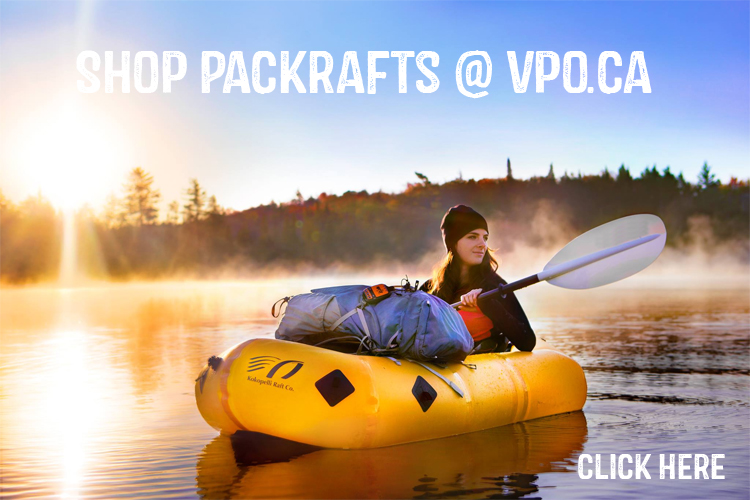